Apple Eyecare PC was struggling with net profit and felt some of the growth could be improved if they got help with some job positions where they felt bottlenecked. Their management team included the owners and the office manager who envisioned changes in job responsibilities and procedural changes, but they seemed slow and hard to facilitate at times. They needed outside prospective and encouragement to make the changes they knew they needed.

The owners sat down in December to review the past year and plan for the new year. They agreed that they had a good year but not a great year and knew they could do better. While they could continue their current path, they envisioned a lot more for their practice.

The senior doctor, having used consultants twice before, felt confident that this was a great time to bring in more consultation to help make the changes necessary for greater growth in the new year. While there was some concern for payback on the consultation fees, they agreed to go forward with Williams Group as they were instrumental in the buy-in agreement of their second doctor a few years earlier.

Apple Eyecare PC had benefited from the services of consultants twice before, but they agreed, “No other consulting group taught them what Williams Group did. Providing us management tools and guidance to improve patient flow, profit, employee training, and role definition was invaluable.”

The doctors of Apple Eyecare PC noted, “By far, the best part of our consulting was the suggestions by Williams Group for the doctors’ delivery of professional skills in the lane and the evaluation of time management by the doctors in the patient delivery process. Also, our ability to track performance closer to real time has improved greatly; monthly production is consistently up and quite predictable; patient flow is smoother; patient experience is much better/more streamlined and they leave here better educated to make good decisions for their vision and eye health.”

Another positive Apple Eyecare is experiencing is that they are not slogging through minutiae. “The details are more and more running themselves or being run well by staff, and we [the doctors] are directing the bigger picture. This means personal time is more enjoyable, and there’s less concern about what’s happening back at the office.”

Overall, Apple Eyecare PC’s annual gross increased, and they have been able to raise wages and increase vacation time while still growing the practice. “We would not have been able to do this as easily if we had not made the changes suggested by Williams Group. While there was some resistance by the staff with some of the changes suggested, we were able to demonstrate the benefits of the changes and have adapted to the changes well over time. It was very helpful to have a consultant to encourage, redirect, and revisit the items under change as we slowed, sidetracked, or just needed encouragement to keep on the path. We feel we are headed for a brighter future!”

Learn more about our Transition programs. 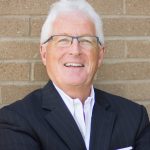 Back to All Blogs

We're excited to work with you and provide you the best products to grow your business!

This website uses cookies to improve your experience while you navigate through the website. Out of these, the cookies that are categorized as necessary are stored on your browser as they are essential for the working of basic functionalities of the website. We also use third-party cookies that help us analyze and understand how you use this website. These cookies will be stored in your browser only with your consent. You also have the option to opt-out of these cookies. But opting out of some of these cookies may affect your browsing experience.
Necessary Always Enabled
Necessary cookies are absolutely essential for the website to function properly. These cookies ensure basic functionalities and security features of the website, anonymously.
Functional
Functional cookies help to perform certain functionalities like sharing the content of the website on social media platforms, collect feedbacks, and other third-party features.
Performance
Performance cookies are used to understand and analyze the key performance indexes of the website which helps in delivering a better user experience for the visitors.
Analytics
Analytical cookies are used to understand how visitors interact with the website. These cookies help provide information on metrics the number of visitors, bounce rate, traffic source, etc.
Advertisement
Advertisement cookies are used to provide visitors with relevant ads and marketing campaigns. These cookies track visitors across websites and collect information to provide customized ads.
Others
Other uncategorized cookies are those that are being analyzed and have not been classified into a category as yet.
SAVE & ACCEPT
Share This